6 Obvious Reasons Why Your Weight Loss Stalled On Keto Diet

Reasons why weight stalls on the keto diet

The ketogenic diet is making headlines everywhere in recent times. The evolution of the keto diet has it that it’s been around for nearly a century and had its debut as a medical diet in 1924 for epilepsy and other metabolic dysregulations.  It was all but extinct until the 1990s when it made a comeback and has been hitting mainstream media since.  Why?  Because it works! However, there are times when followers of the diet including myself has wondered why our weight loss stalled on keto diet as hit a plateau state.

When insulin isn’t running rampant through the system to combat glucose spikes, stored fatty acids are released into the bloodstream and filtered by liver thus creating ketones.  By restricting carbohydrates, the body adapts to a new fuel source as glucose is no longer in abundance and instead opts for ketones.  This is referred to as ketosis.

Following a ketogenic diet isn’t simply about foods and getting in the appropriate macronutrients.  And this is precisely why people complain of weight loss stalling out and reaching a plateau. If you’re looking for answers as why your weight loss is stalling on keto, we have the top 6 reasons for you. We hope these simple keto plateau buster ideas will help jumpstart you back into ketosis real quick. Let’s get into it.

Reason #1: Not in a State of Ketosis – Watch Out for Cheat Days

The entire foundation of the ketogenic way of eating is based on maintaining a state of ketosis. Cheating and indulging “just this time” could potentially throw the body out of ketosis.  Our bodies prefer glucose for fuel; it’s the first choice.

If cheat meals or cheat days are allowed, the body stop using ketones for fuel and switches back over to glucose.  And even if the ketogenic diet is back in full-force immediately after a sweet treat or deep-fried fat-fest, it still takes 24-48 hours for ketone production to begin again.  It’s just not worth it or is it? It depends on you and what your weight loss goals are. If you’re comfortable with this style, now you know why your weight loss stalled on keto in week 2 or week 3.

However, I believe that the most effective way to check for ketosis is using a blood meter.  It’s an expensive route, but it works.  There are also urine strips, however these are highly inaccurate and lead to many false negatives.  It only measures the ketones remaining in the urine, not the ketones already used for fuel.

There is also a breath analyzer on the market, however it is also not very reliable.  The easiest and least expensive alternative is paying attention to symptoms:  Clear mental status, less of an appetite, greater energy and strong-smelling urine.

Reason #2: Eating Too Much or Not Enough 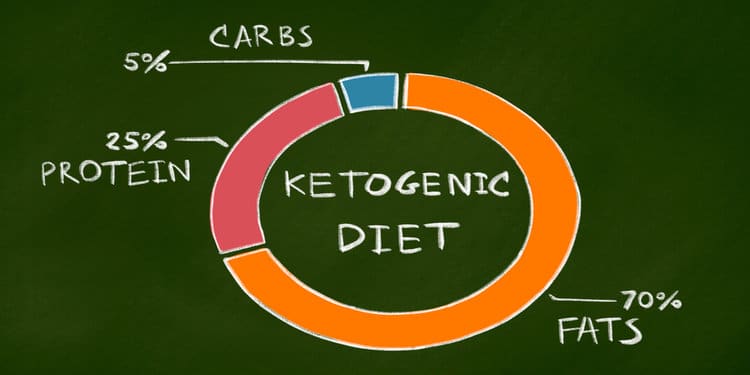 Calories matter.  Macros matter more.  And keeping track of all intake matters most.  The macro ratio normally looks something like this:  5% of daily calories from carbs, 10-20% from protein and 75-80% from fat.  Carbs and protein each have 4 calories per gram, while fat grams are more than double at 9 calories.

There are a number of free apps for logging daily intake.  Those who wish to reap the many rewards of a keto diet should be diligent in keeping track of their macros and minerals, as well as water intake.

Rule of thumb for macros:  Carbs are a hard limit, protein is a target and fat should be balanced.  If you go over a bit on protein, adjust carbs and/or fat accordingly so your caloric intake goal is achieved.

These tricky suckers are everywhere and are often the main culprit for weight loss stalls and why you have stopped losing weight on keto!  Read food labels and research the ingredients if unsure about something listed.  Almost everything labeled “sugar-free” still has a substitute sweetener.

Low-fat dairy is riddled with hidden carbs.  The amount of carbs increases when the amount of fat is lowered.  Yogurt, if not fermented, can be a carb-catastrophe.  Shredded cheese has potato or corn starch added to keep it from clumping.  The less processed, the better to avoid a sneak attack weight loss stall on the ketogenic diet.

And finally, make sure to log seasonings and spices when creating a meal.  Onion powder has approximately 5g of carbs per tablespoon, and garlic powder even more with 6g!  It would be awful to have a simple flavoring drop-kick the body right out of ketosis!

Reason #4: Time and Quantity of Meals

While the body is in ketosis, we need to give it time to actually use the fuel we are supplying with each meal.  Keep meals at least four hours apart and have no more than three meals a day.

If the schedule for meals is normally twice a day, it’s okay to maintain that schedule as long as the macros are met.  Snacking might also be an issue is weight loss has stalled out on keto. Not that this is related to reasons why your weight loss stalled on keto, but ensure you’re also not missing out on your micro nutrient supplementation. 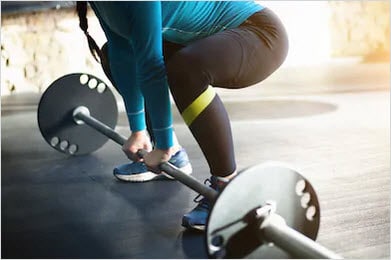 Assuming cardio workouts are going to get the weight off faster is false.  If cardio is already part of the daily routine prior to keto, go ahead and continue.  Adding weight-lifting or HIIT (high-intensity interval training) to the routine will be of more benefit than adding more cardio for avoiding muscle loss.  Although, exercise is not necessary to lose weight on the ketogenic diet.

There are several resources advocating fat bombs and “Bullet Proof Coffee” claiming fat burns fat or it takes the toxins out of coffee.  Completely false.  Fat does not burn fat, and frankly, research has shown that the human body doesn’t know the difference in table fat versus stored fat.

If you ingest it, it’s going to get burned prior to the body going to its own resources, like stored fat, and thus ketone production slows.  Have a balanced, keto-approved breakfast instead.  Try a couple of eggs cooked in butter and half of an avocado with black coffee.

The ketogenic diet isn’t rocket science, but there is a healthy amount of information to be absorbed.  If suddenly your weight loss stalled on keto don’t let it get over-whelming.  Once the routine starts and logging foods becomes habit, it gets much easier.  Every human body is different and what works for one might not work well for another.  Take the time to make adjustments and log any changes.  Just don’t give up!

We trust you enjoyed this article and we encourage you to share with your social following online. Hopefully it can help someone get their questions answered so they can keep going and maintaining a healthy version of them. Thank you for sharing.

What Is The Metabolic Diet? How Does It Work?

Top 5 Crucial Ketogenic Diet Side Effects You Must Know

No Result
View All Result